As many of you know, I have recently jumped rails from a long and rewarding nonprofit management career to becoming an independent leader in the movement to increase women's access to wealth creation strategies and "beyond-the-basics" financial education. I wanted to share a brief update on a couple ways that I am doing this.

On the topic of women's wealth creation...

I believe this is the next frontier of women's social and economic justice. We (women and male allies) broke through many employment barriers and ceilings in the later part of the 20th century achieving roughly 51% participation in the paid labor force (and of course need to continue that work, as many women still face extreme disadvantages and obstacles in entering, re-entering, and advancing in the workplace). But we know very well that we can do more than one thing at a time (after all, didn't women invent multi-tasking?!), so I say we need to press on into this remarkably under-explored gender issue--that is, why it is that we now comprise more than half of the paid workforce, but make up only about 5% of the population that has achieved wealth independently (not as a result of inheritance or a partner's wealth--see an earlier posting below). You with me?

One of the things I am working to do this year, is start a movement of small social gatherings of women—first in DC and then around the country—for the purpose of talking and listening to each other about our “money stories.” That is, how do we feel about money in our lives, what have we been taught to believe, what have been our experiences, achievements, frustrations, etc? If you remember the T-groups of the ‘70’s, we might think of these as the “M” (money) groups of the new millennium.

Let me know if you would be interested in participating in or even hosting such a group in your home. I already have a growing list of women here in the DC area that are eager to get together!

And there is another way in which I have also branched out in my life...

Scroll down and see my May 31 posting on going from Cowgirl Wannabe to Entrepreneur!

Be Amazing and Amazed, 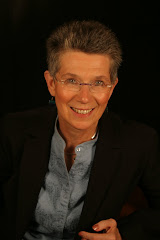 Welcome to my Blog!

Some of the first blooms from my fledgling patio garden 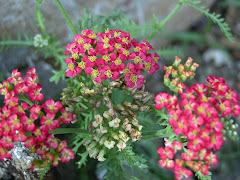 Thia
I'm a mid-life, mid-career professional with an exciting new mindset! I worked for nearly thirty years in the nonprofit realm, and finally decided to set a goal of becoming the philanthropist that I always worked to cultivate in my nonprofit work. I have found a new way to generate income in my life, control my time and schedule, and continue my commitment to advancing the social justice causes in which I believe, by giving generously and living mindfully with a goal of total social responsibility. I'd love to share more about how I have made such a big change in my life, and hear more about you. Together, we can change the world and make it a better place.

Read a Few of My Published Articles Here